I can understand your confusion. You’re in the midst of preparing for the Christmas season – Christmas shopping, Christmas parties, Christmas lights, Christmas goats – when out of the blue your friend tells you she’s Jewish. What do you mean you don’t want reindeer pyjamas? And what’s wrong with Christmas ham? Christmas is stressful enough without having to worry about whether people celebrate it or not.

Don’t worry, because I’m here to make it easy for you with some simple tips on how to accommodate your Jewish family and friends without sacrificing your own holiday celebrations.

Firstly, it’s important to recognize that…

Jews aren’t out to steal your Christmas fun. You might watch Human Planet and think the content is really inspiring and interesting, but that doesn’t mean you’re going to go out, buy a dog sled, and hunt the mighty Greenland shark. In the same vein, someone may respect and appreciate the holidays of others while still wanting to celebrate their own.There’s a difference between wanting something to stop and not participating in a practice that isn’t a part of your culture. So don’t feel threatened – you are still welcome to observe your Christmas traditions as usual, even as others celebrate differently. Most Jews will have no problem if they get invited to a Christmas party, or if someone wishes them a Merry Christmas – it’s just also nice to say “Happy Hanukkah” to someone celebrating Hanukkah. And along those same lines…

Inclusion doesn’t have to suck. So, yeah, Secret Santa might get a little awkward, and, yeah, an invitation to go caroling may be declined, but inclusion doesn’t mean celebrating nothing. It also doesn’t mean changing all the words to traditional Christmas activities in order to make them “secular.” No one wants to decorate a “holiday” tree, or set up a “yay-tivity” scene. There are lots of ways Jews and Christians can celebrate together without either group compromising, like by attending a group cooking class or wine tasting. You could volunteer together at a homeless shelter, or knit baby socks, or do a book exchange. Just don’t have a shrimp eating contest.

Religion is about more than just crosses and crescents and stars.

Religion does not only include those things that you might see in a church or a synagogue. In fact, it does not have clearly definable limits. So even though you won’t find Rudolph the Red-Nosed reindeer in the Bible, that doesn’t mean he’s not a Christian character who is part of a Christian narrative.

So, if you are giving a gift for Hanukkah this year, take the opportunity to go to a store you’ve never been to, get some beautiful Hebrew-embossed wrapping paper, and buy something you’ve never heard of. Maybe you’ll learn some Yiddish. Who knows? Just remember: chances are that the Jews in your life know all the Christmas traditions, stories, and songs – it won’t kill you to spin the dreidel.

Rachael Heffernan has recently completed a Master’s Degree in Religious Studies at the University of Alberta. In the course of her academic career, she has received the Harrison Prize in Religion and The Queen Elizabeth II Graduate Scholarship. During her undergraduate degree, Rachael was published twice in The Codex: Bishop University’s Journal of Philosophy, Religion, Classics, and Liberal Arts for her work on Hittite divination and magic and philosophy of religion. Rachael has also had the opportunity to participate in an archaeological dig in Israel, and has spoken at a conference on Secularism at the University of Alberta on the Christian nature of contemporary Western healthcare. Her wide-ranging interests in scholarship are complemented by her eclectic extra-curricular interests: she is a personal safety instructor and lifelong martial artist who has been recognized for her leadership with a Nepean Community Sports Hero Award. She is an enthusiastic reader, writer, and learner of all things, a tireless athlete, and a passionate teacher.

The Drawing Board is having a very busy holiday season! We have picked up a few new clients and our wonderful past clients have been keeping us happily occupied over the break! 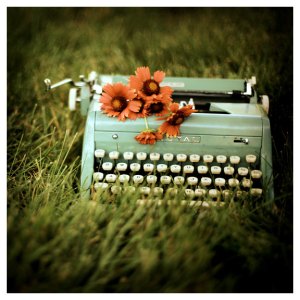 Things we are currently working on:

The Islam 101 website: posting soon! This has been a blast to work on! We have been writing articles and gathering tons of Islamic data to put on the incredible educational, community-based initiative page. Looking forward to sharing the results with you!

The Custom Blinds By Design Blog: We have been a bit behind on this client but her gorgeous new website looks fabulous and we are looking forward to spending the new year getting the blog full of material and getting started from scratch on social media outlets!

The Behrends Group Blog: We are ecstatic to start working closer with the Behrends Group of Edmonton, AB. They are moving in exciting new directions for design-and-build signage work and we can’t wait to help them establish their blog and social media to keep everyone connected!

An Optimum Health Oregano Oil eBook –  a long-term project that is finally coming to a close, this awesome eBook will be available in early 2015 as part of Optimum Health’s eCommerce site launch! We’re happy to provide healthy, informative promotional material for this incredible local business!