As a non-Muslim ally, you might be watching the current state of affairs with regards to how Muslims are treated in the West, in Western political rhetoric and while being massacred in their homelands, and you just might be wondering what you can do about it. Or at least you should be wondering that. It is entirely understandable that you might feel overwhelmed by the deluge of hatred being lobbed at Muslims these days and you might not even look to yourself as the source of the antidote to this hatred. But you are.

Here is a quick list (literally off the top of my head) of 20 things you can easily do to combat Islamophobia starting right now. You might look at some of these items and think you lack the capability to do some of these things but I am here to assuage some of your concerns. Firstly, you don’t have to do all 20 at once. Combatting Islamophobia is an ongoing and never-ending process. Islamophobia has been an issue since the time of Prophet Muhammad (peace and blessings be upon him) himself, and it periodically rises and falls depending on a lot of converging factors. We happen to be at a time when Islamophobia is at a fever pitch, mainly because of geopolitical problems and hideous orange cheeto-puffs who think they can say whatever they want when running for the US presidency.

The second thing to bear in mind is that yes, you can do all of these things. There is no magic to becoming an activist. It isn’t something you study in University (although studying a lot of other things helps build the necessary mindset because: “knowledge = power” but that is beside the point). Anyone and everyone with a kernel of compassion in their heart can help do many of the things contained on this list and would go a long way to fulfilling your duties as a non-Muslim ally. Yes, you have duties.

If you are wondering how and why any of this applies to you, know this: Muslim or not, Islamophobia affects all of us. It divides our world. Its end logic is genocide. If you want any part of making this world a better place and preventing harm against a marginalized group (which, frankly, should be all of you out there), then this list is for you. Get on it.

Islamophobia is real. It affects Muslims every single day. There are a lot of definitions for it rolling around the ol’ internet but mainly it is “an unfounded hostility towards Muslims and therefore fear or dislike of all or most Muslims” as well as describing an attitude that addresses “the discriminations faced by Muslims that [can] not be explained by their race, class or immigration status.” Although, I would like to point out that the latter points often go hand-in-hand with fear of Muslims and ignorance of Islam.

This is going to sound really harsh but one has to remember that, sometimes, describing the facts is difficult to accept: part of knowing where Islamophobia comes from is recognizing that it is a cultural problem. Islamophobia dominates in white, Western culture. There are a lot of reasons for this, some of which I will list now:

Why is it important to recognize in which cultural contexts Islamophobia typically dwells? Well, if we know where something flourishes, we can better address it. If you are a white, Western, non-Muslim, the chances are much higher that Islamophobia is part of your subtextual daily narrative, particularly if you consume mass media in any way (which is most of us). It might even be an intrinsic part of how you define yourself without your realizing this to be the case. Learning that and recognizing it is critical to challenging that narrative and then abolishing it entirely. It is also important to recognize how certain cultural contexts will create negative associations with groups we perceive as “Others” at an unconscious level in our minds.

According to the research on racial implicit bias compiled by the Open Society Foundation, it was shown that negative associations can affect people’s decisions and their behavior toward people of other demographics than themselves. Implicit bias also affects how people act with people of another race. In spite of their conscious feelings, white people with high levels of implicit racial bias show less warmth and welcoming behavior toward black people, as an example.

If a Muslim is being physically attacked, start hollering and get others to do so too. Get someone to call 911 immediately in the meantime. Get someone else to take pictures of an attacker. Get the group to lay into them to stop violence against their victim. If you are alone and witnessing an attack, stepping in while screaming and swinging will usually send someone running. Being witnessed has the power to send an attacker running alone. 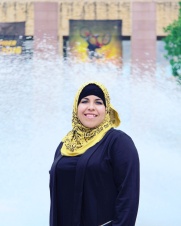 Nakita Valerio is an academic, activist and writer in the community. She is currently pursuing graduate studies in History and Islamic-Jewish Studies at the University of Alberta.  Nakita was named one of the Alberta Council for Global Cooperation’s Top 30 under 30 for 2015, and is the recipient of the 2016 Joseph-Armand Bombardier Canada Graduate Scholarship from the Social Sciences and Humanities Research Council, as well as the Walter H. Johns Graduate Studies Fellowship. She has also been honoured with the State of Kuwait, the Queen Elizabeth II and the Frank W Peers Awards for Graduate Studies in 2015. She has been recognized by Rotary International with an Award for Excellence in Service to Humanity and has been named one of Edmonton’s “Difference Makers” for 2015 by the Edmonton Journal. Nakita is the co-founder of Bassma Primary School in El Attaouia, Morocco and the Vice President of External Affairs with the Alberta Muslim Public Affairs Council.